SCREEN is an artwork created in December 2022 using a digital moiré pattern technique, which consists of two overlapping images to generate the illusion of a third. The animation pictures an imaginary folding screen adorned with a minimal landscape. The visual style of SCREEN draws from 16-bit era computer graphics and optical art to create a seemingly paper-thin structure playing with our sense of perspective, light, and depth.

SCREEN is informed by many of my experiences of landscapes within early computer graphics and videogames at a young age. The artwork also considers the affinity for escapism, dreamscapes, symbolic structures, and liminal spaces built upon these experiences. Growing up in the 80s, 8-bit and 16-bit graphics played a significant role in the shaping of imaginary worlds – means of escape from reality, where the space of the screen was a two-dimensional portal leading into multi-dimensional universes. SCREEN is a reflection on the quality of these universes, with its game-like appearance and imaginary landscape. The artwork also draws inspiration from Japanese folding screen furniture as spaces of projection and contemplation. At large, SCREEN operates within a broader tradition of artworks as sites for the imagination. 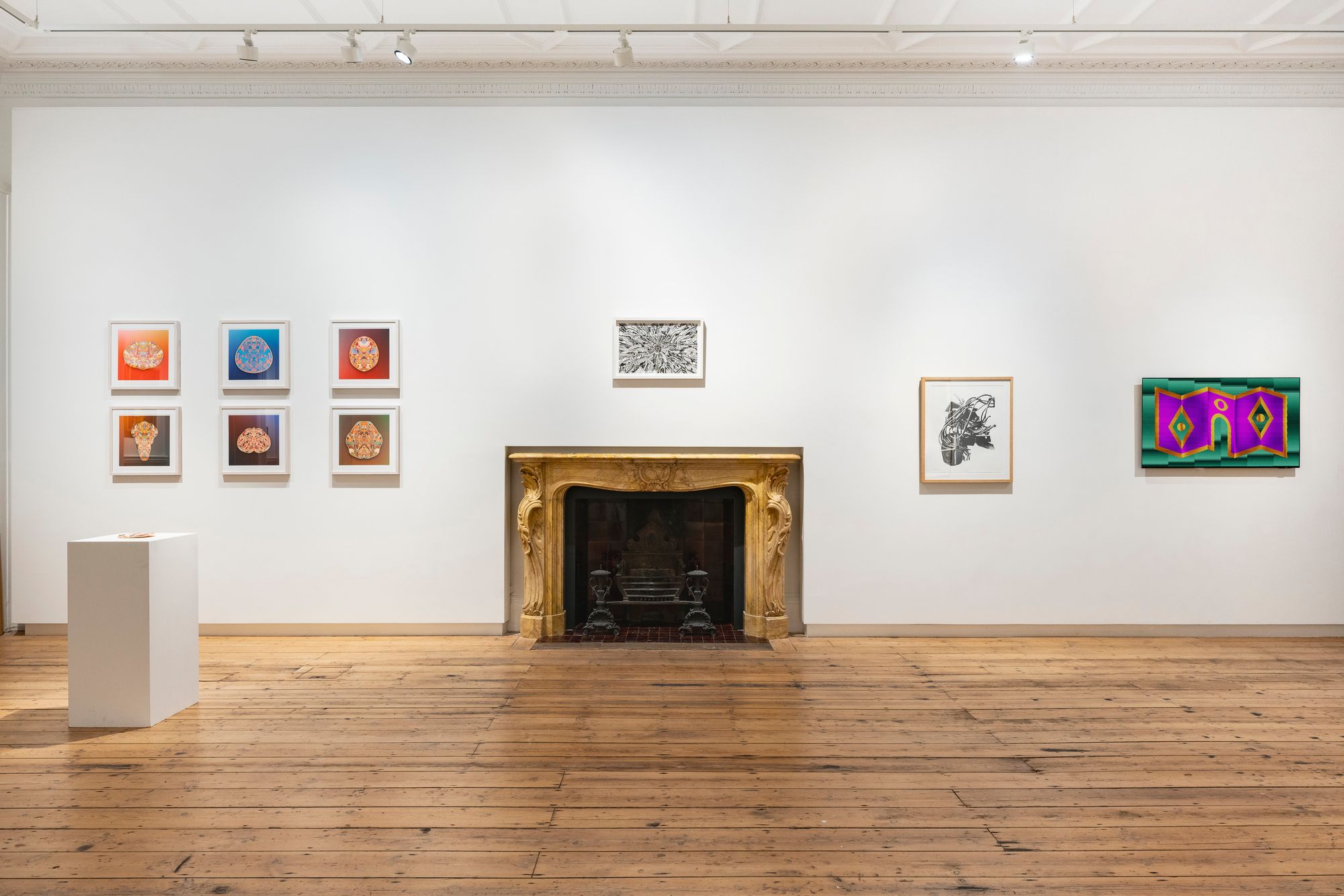