In Conversation with Yazid: Windows in my Soul 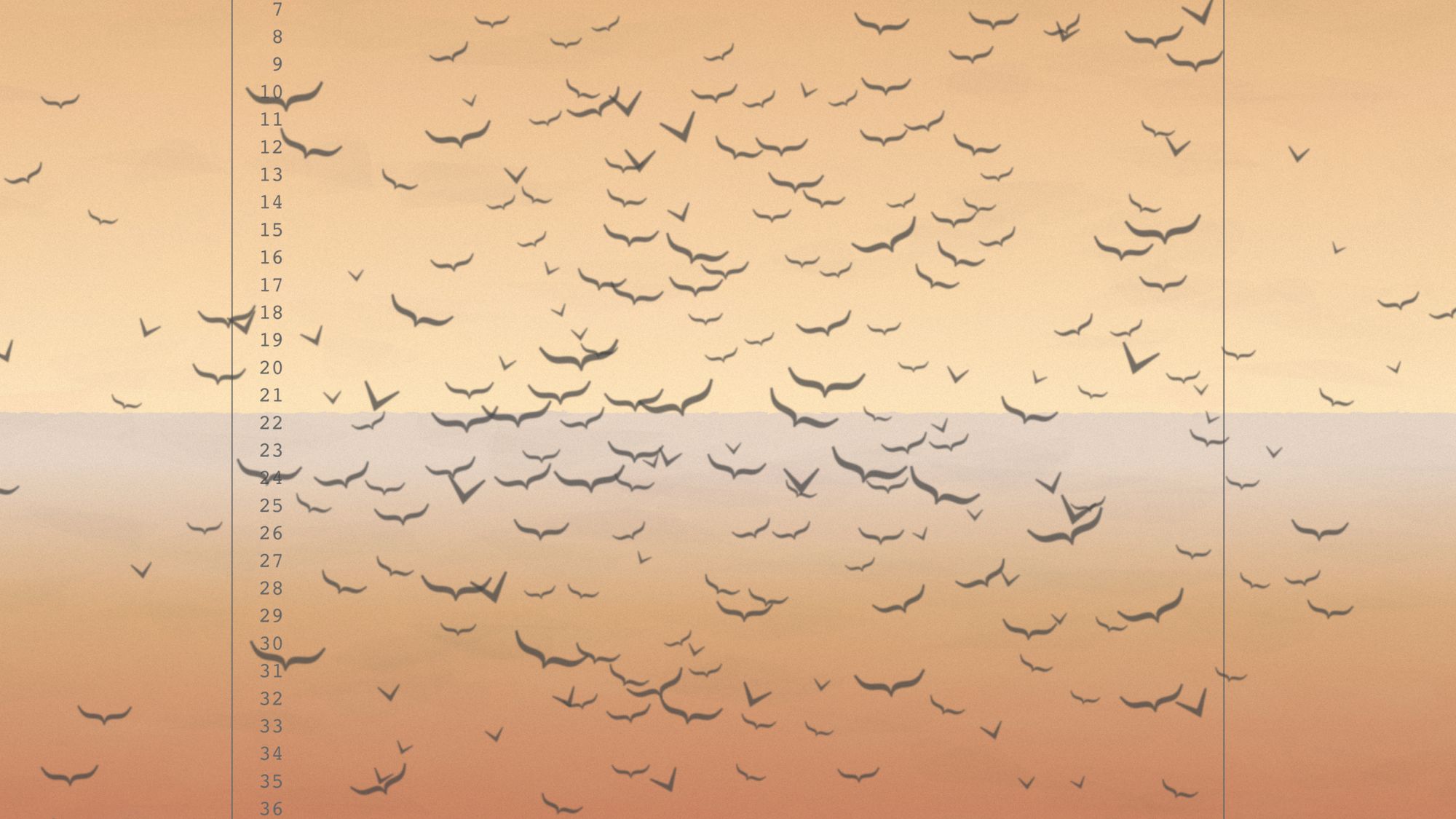 Yazid: One is Batman, and the other is Superman. 😄

Mimi Nguyen: We’re 11,276km apart, I never met you in person, nor had I heard your voice. You quoted once Arthur C. Clarke saying “Any sufficiently advanced technology is indistinguishable from magic.“ The Twitter app window is the main interface for us to meet, learn about and appreciate your work. What does technology mean to you?

Yazid: I grew up with the internet but far away from the typical epicenters of technology, so all the developments I used to see almost seemed like fiction, like a movie for me. Having that distance has probably shielded me from some of the more techno-dystopian aspects so I'm left with more of a romanticist view of it. I've always loved this Steve Jobs anecdote where he talks about a study that compared the efficiency of locomotion of different species based on their weight, how humans were unimpressively inefficient, and how the condor was the top performer. Then he goes on to reference this chart from an issue of the Scientific American which shows that as soon as you put the human on a bicycle, it blew the condor away in comparison. He equated the computer to "a bicycle for the mind".

I do see technology as an amplifier of our abilities, even as artists. In generative art it allows us to do things with autonomy, randomness, and repetition, in a way that we couldn’t do otherwise. Not to mention the rapid iteration and exploration that it enables. On a higher level, I also see it as an equalizing force. It gives someone like me from nowhere a chance at participating.

Mimi Nguyen: Automatism was exploring what machines might draw, Hatched Forms series attempted to digitally generate familiarity from imperfections of analog plotters. What’s your relationship with the analog and the digital?

Yazid: I studied a bit of HCI (Human Computer Interaction) when I was in university, about how some of the earliest graphical interfaces were designed with familiar metaphors in mind (desktop, folders, files, trash can, etc) to make humans feel more at ease entering into that world -- the birth of skeuomorphism in design. Having also practiced graphic design and designed apps during the rise of mobile, perhaps some of that has stuck with me, but more than that I think the key word there is "feel". Generating a feeling. That space between analog and digital, man and machine, is in many ways still very much blurry so it provides quite a latent space for exploring opportunities to evoke feelings.

Automatism was kind of a tongue-in-cheek attempt to see if I could blur that space further in a fun way. Could a set of meaningless human-programmed instructions drive a machine to produce something autonomously that not only looks human but perhaps also gives the impression that it is projecting some human-like intentions or meaning?

Mimi Nguyen: In the day, you’re a head of innovation and a father! How do you manage to juggle these with your art practice? What got you into generative art?

Yazid: I try to do art in the early mornings, late nights, weekends, basically any opportunity I can find in between! This itself is already quite restrictive so I do end up missing out on IRL art events, socializing, spaces, and opportunities that are more time-sensitive. But having said that I’ve enjoyed creating at my own pace, and not needing to make art for any other reason other than to feel the satisfaction of making it.

It almost takes me back to a time in my teens when I used to love creating things with Flash. It was where I discovered ActionScript, which might've been one of my earliest introductions to generative art, though back then I didn't even know that's what it was. It did develop a passion for visual arts and graphics in me which led me to major in Interactive Media at university, but due to the local market and industry, I ended up pursuing a more pragmatic career in software development.

I rediscovered generative art more than a decade later while I was conducting research on blockchain technologies, and I was pleased to learn that the same skills that I had obtained over the years could be used for more than just purely utilitarian reasons like maintaining records and calculating taxes. I felt like I had found something that helped me marry both the creative and analytical parts of my brain. And while I had always identified as a creative, accepting the identity of an artist was (and in many ways is still) something I struggled with. But discovering NFTs and generative art has been a breakthrough for me in this regard.

Mimi Nguyen: Can you tell us more about the ‘Windows in my Soul’ series?

Yazid: This series is about my relationship with technology. There is a duality from the "window" wordplay, both being a visual element often featured prominently in the genre of magic realism/surrealism, as well as a concept/metaphor that still remains in the technology that we use daily. Hence you will find various depictions of windows in this series.

Murakami once wrote about the first time he heard The Beach Boys and The Beatles on the radio, how he was moved by it and how he felt as if "their music has thrown open a new window in my soul, and an air of a kind I have never breathed before is pouring in", a feeling he continues to strive to evoke in his readers with the stories and worlds that he creates. So furthermore I took meta inspiration from this in that this is the feeling I felt when I discovered myself and this new world through art and NFTs, each window liberating me from the constraints of reality in its own ways. Nothing short of magical.✨

See the works of Yazid on Verse's exhibition "Magical Realism: Part I" on Wednesday 14 December at 6:00PM BST | 1:00PM ET