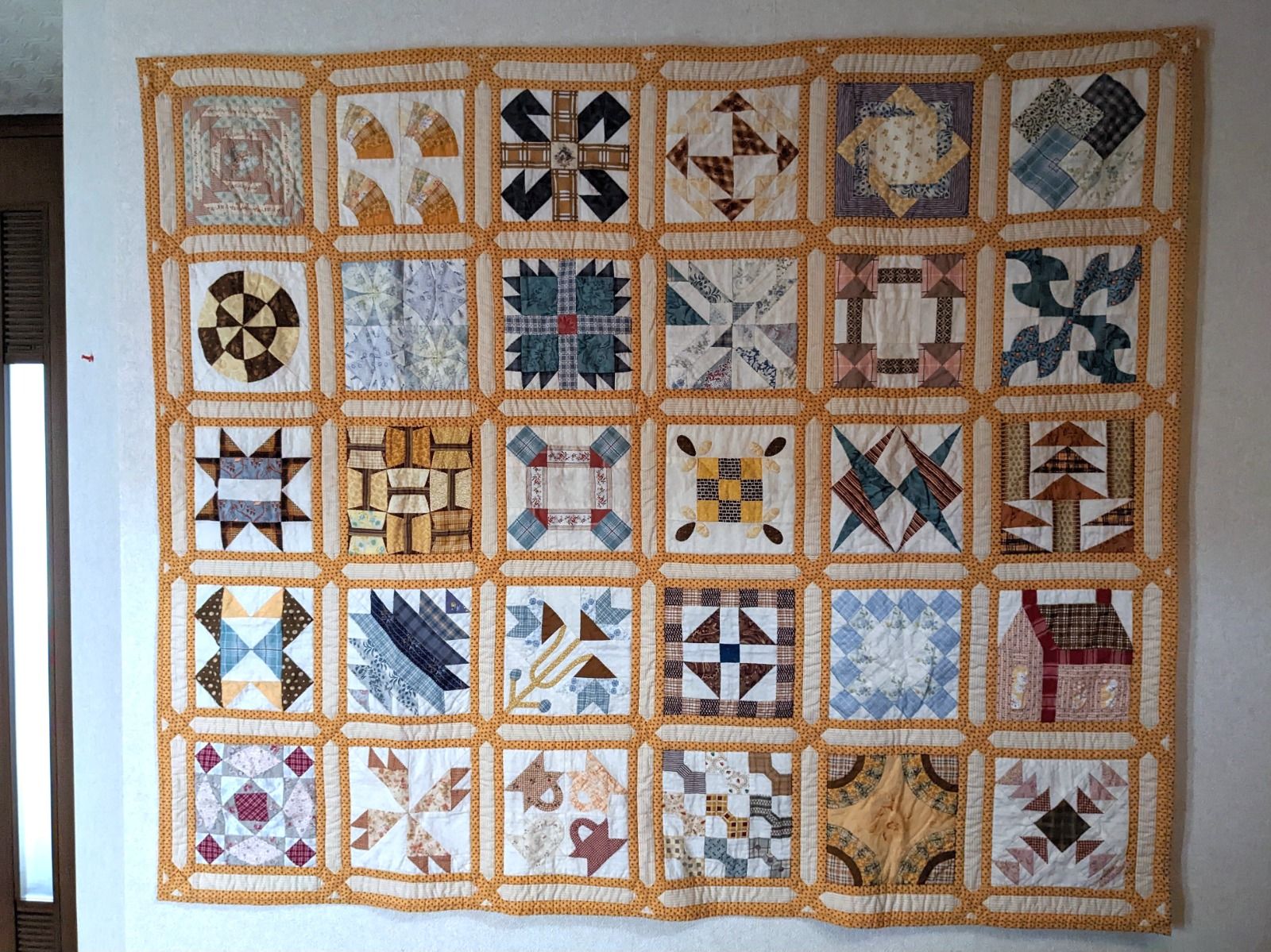 Mimi Nguyen: Last time I saw you in Kyoto, you were rushing to your students for a seminar. You’ve been a lecturer at the Department of Creative Media Studies but also sharing your coding practice online via social media. How did you start with #dailycoding?

Takawo Shunsuke: I often refer to myself as a ‘creative coder’. I started in 2015 but at that time, I didn't start programming with a particularly strong aim to create work. I started programming every day. It was like practicing a musical instrument. In 2019, I started to publish what I made on the web and share them on Twitter and other places. Then I started exchanging comments, and people began to share modified codes. Before I knew it, I felt as if I was being transformed by the exchange of various people's ideas and codes mixed in with my own codes. I feel that this activity has made my life very stimulating.

Especially recently, I have the feeling that what I’ve made and what I’ve seen are naturally expressed in the codes. My mother has been making patchwork quilts for over 35 years, and we have many of them at home. I have a sense of rediscovery, as if my experiences from my childhood are reflected in the codes. So, I’m now working more actively to include such ideas.

Mimi Nguyen: Can you tell us more about the Generativemasks Japan Edition?

Takawo Shunsuke: Last year I developed an algorithm that combines multiple geometric patterns and shapes into masks with their own personality. At the same time, he created this work to express the scary yet somehow charming atmosphere of Native American totem poles and the unique Japanese monster known as "Yokai."

‘Generativemasks Japan Edition’ is a continuation of that algorithm and a new expression based on research of Japanese colours and patterns conducted with Junya Yamamine. We developed a video expression with an awareness of colour, design, and shading, referring to traditional Japanese patterns (和柄 Wagara) such as kimonos, folding screen paintings, and woodblock prints(浮世絵 Ukiyo-e). This research led to a special edition of ‘Generativemasks’ inspired by masks as ornaments of the Web3 era.

What makes Verse's Generativemasks collection so different from the existing series is that Verse's are limited in number. In particular, I’m especially happy that I was able to incorporate my cultural research into the work, such as Japanese patterns and colours,

and that I was able to create a work that is the result of a year of ‘daily coding’ and the development of various connections I have made through the Generativemasks project.

Mimi Nguyen: Junya-san, what brought you to Takawo's work as a curator?

Junya Yamamine: Drawing masks from code at a time when the term Web 3.0 is spreading and PFP is attracting attention, and the fact that Takawo is an artist who has developed his own originality through a series of daily coding are the main reasons why I curated this work. However, what caught my attention was the fact that masks are a culture that is very much connected to the mentality of the Japanese people.

In the traditional Japanese performing arts of Noh and Kyogen, a wide variety of masks are used. There are also many stories in Japan in which people reply to heroes by wearing masks. In addition, in Japan today, avatars such as vtuber and vocaloid, which are separated from the user's own body, are spreading to transmit themselves as a new identity. In other words, masks have been used as a tool to transform and liberate people from their everyday selves into something else. With this background, I curated this exhibition because I felt that Generativemasks, which uses digital technology, a material that is important to the Japanese from a different perspective, symbolises contemporary Japan.

As Takawo has mentioned, the combination of patterns is created both unintentionally and intentionally as a collective existence of the culture of various things he’s seen, such as the patchwork quilts his mother has made. And he’s making masks in a time where people's icons are being digitised on social media and in many other places. It’s very interesting that he deals with masks in an age where the relationship between avatar and self is very close.

Mimi Nguyen: Over the last two decades, you’ve been working with many contemporary art institutions like the 21st Century Museum of Contemporary Art Kanazawa and curating multi-media artists such as Cécile B. Evans, and Rachel Maclean. How do you see generative art?

Junya Yamamine: Generative art is often seen as something very new. However, if you go back in history, you will find that 1968 was a very important year. In that year, an exhibition called Cybernetic Serendipity was held at the Institute of Contemporary Arts in London. Until then, computers had been used in the world of military utility to calculate missile and aircraft trajectories. But computer graphics began to depict people and things in the world as we, as humans, see it.

Over time, computer graphics became more personalised. As it became available to more and more people, the web and the internet grew, and open source was born, along with the so-called Web 2.0 era. The birth of new programming languages allowed more artistically inclined people to enter the world of programming. What’s produced there, however, is digital data, so it can be reproduced. So, it was very difficult to treat it as a unique piece like a conventional work of art. The artists would receive a fee for providing their technique or creativity in some way by linking it to commercial work. I think the advent of NFT was definitely a turning point. Creative coding artists could now sell their work as unique pieces as an edition in a defined form with limited reproduction. This is a new zeitgeist.

Mimi Nguyen: Generativemasks have been an incredible success, now you’re coming back with this limited special edition referring to your heritage, culture and childhood. What’s next?

Takawo Shunsuke: Generativemasks is a piece of NFT art consisting of 10,000 graphics, 100% made of codes. Rather than trying to make it as NFT art, I naturally came up with the symmetrical patterns and mask-like graphics from my daily practice of  'daily coding', and developed them in this way. Like I said before, what I make is my own, but at the same time it's a mixture of many different people's ideas. I felt very uncomfortable about owning the profits and revenues generated, so I came up with the idea of developing it on a large scale as a donation project. So as a result, I’m very grateful that more than 3,000 people have owned my NFT.  I hope that in the future, they will be used as an icon for Web 3.0 and the new information society. That's how Generativemasks has fortunately been able to get into the hands of many people.

I'm now preparing for the launch of an AR app where people can wear them, or where holders can purchase 1:1 3D printed Generativemasks. I'm able to develop works that would not have been possible without NFT, so I'm thrilled to be able to continue with my activities.

Japan has a system of art using media and technology that has matured over a long period of time. From 1951 to 1957, a group of artists, composers, critics, choreographers, poets, and others gathered around Shuzo Takiguchi to present works and performances using new techniques. Many of its members teach at universities and have produced many of the next generation of artists. Artists such as Toshio Iwai, Masaki Fujihata, Haruko Mikami, and Meiwa Denki emerged in the 80s and were highly evaluated by international media art institutions such as the Ars Electronica and ZKM in the 90s. But it all began in the 1950s with the Experimental Workshop, that inspired the next generation to spread around the world as media artists. This next generation saw the arrival of the open source culture, and artists using Processing, Max/MSP, and openFrameworks were born. In the 2000s, new coding platforms such as Processing spread worldwide to allow a wider audience to access programming. The concept of ‘open source’, where code is released to the public, created an era where programmers could share and enhance each other's ideas.

Shunsuke Takawo is "the artist" of this generation.

With the spread of new information technologies such as NFT, DAO, and with PFP (Profile Picture) in the spotlight, Takawo began to gain notoriety with his ‘Generativemasks’ themed as Masks for the Web 3.0 Era. However, as mentioned above, he has appeared from within the context of Japanese media art and has also advocated and continues to practice Daily Coding as an activity to connect programming with daily life, coming, climate, and indigenous culture since 2019.

This time, he uses diverse cultures as a source of inspiration in his coding flexibly, and he has created a special edition of Generativemasks based on the study of traditional Japanese patterns and colours. This is an experiment for him to further develop his coding practice and training as a visual art form.

Takawo also established the Foundation for the Promotion of Generative Art to explore the possibility of a new economic cycle to promote and support the culture of generative art. Therefore, he is aiming for new activities together with artists who are active in Japan and abroad. His perspective as an artist as well as his viewpoint of exploring connections with society through art has been reflected in the production of this piece. I would like to add that, using this development as a starting point, we are going to explore together the creation of a new foundation for traditional culture and experimental art activities in the future.