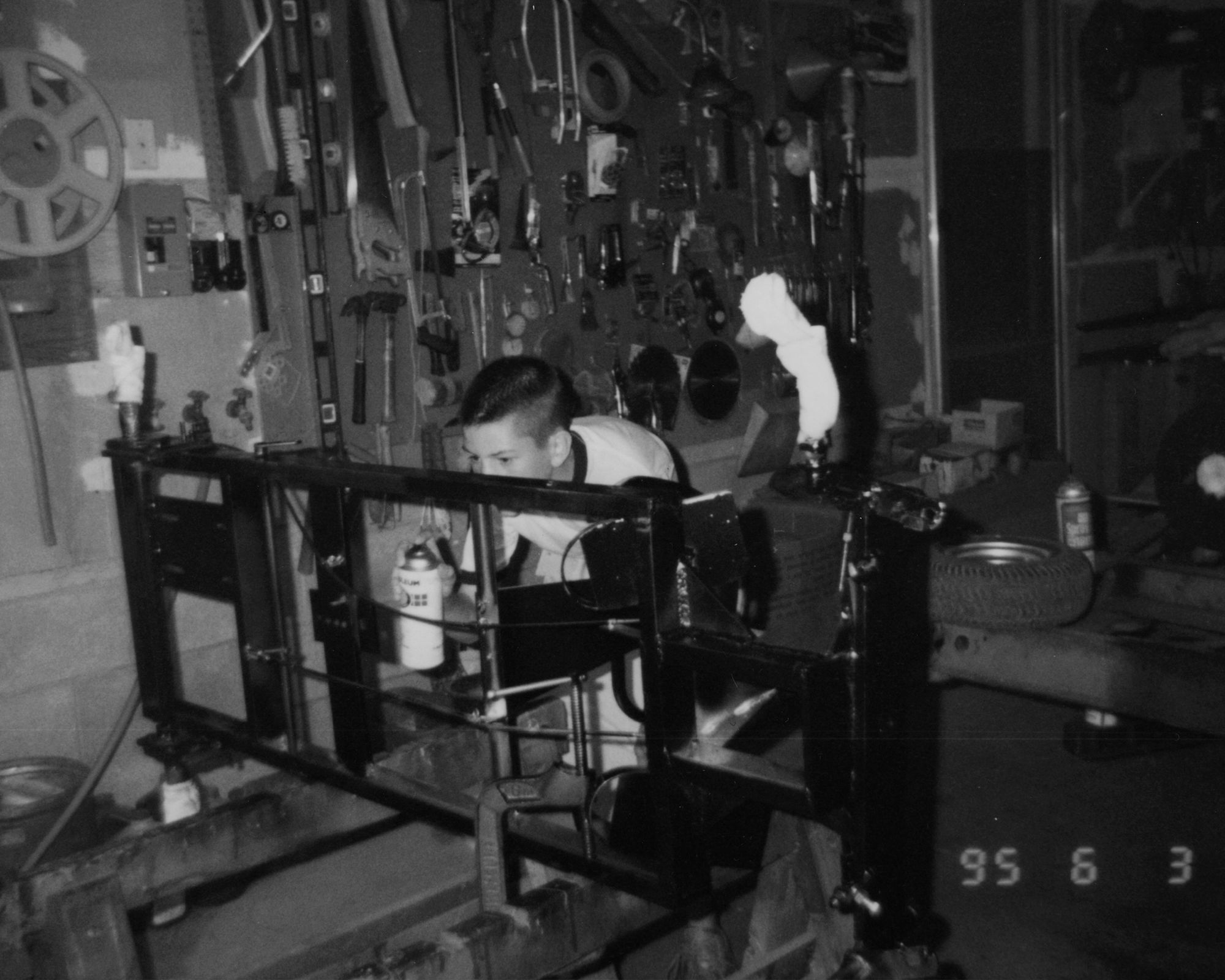 Jesse Draxler in conversation with Skygolpe and Mimi Nguyen

Skygolpe: The use of black and white characterizes your work, could you explain how the exclusion of other colors helps you in the creation of your subjects?

Jesse Draxler: Black and white are what I consider the architecture of an image, and this is where I like the imbue my trademark rather than through something I find superfluous. I imbue my trademark in form, shape, composition, balance. I’m most interested in what the spectator’s eye is going to do when they see the piece and what that will make them feel. These intangibles create a visceral resonance on a level deeper than the surface emotions or personal tastes associated with something secondary such as color or even content. Working in black and white is like continuously touching source, working directly with the subconscious.

Mimi Nguyen: You have been a supporter of Jesse's art since long before the rise of NFTs. You've discovered his work on Tumblr in 2012, haven't you? What initially drew you to his creations, and how has your journey together evolved over the years?

Skygolpe: What you say is correct, I discovered Jesse's work as an artist in 2012, it was the golden age of Tumblr, and indeed his works fit perfectly with the platform, to the point of being one of the most iconic artists of that moment in history, a time when the dissemination and culture of the digital medium were somehow uniquely embedded within an ever-expanding context like the Internet. I consider him a precursor of what we today call digital art: An intermediate space where different dimensions interconnect to give birth to a hybrid medium. I have had the pleasure of collaborating with him on several projects and look forward to seeing where the process of contamination we have undertaken can take us in the future

You probably get many messages like this one, how did you feel when it turned out to be about creating a long-form generative series?

Jesse Draxler: I was geeked immediately, as if I had dreamt of something like this and then it came knocking on my door. It felt obvious, or maybe better said: meant to be. The way the entire process has played out working back and forth with the devs has been so organic, I have found the way I perceive creative fundamentals aligns more with theirs than most other artists, so the dynamic I felt was impressively smooth. I’m still beyond geeked about all this, haha. The results exceed anything I could have imagined.

Skygolpe: You have always been an artist who has highly personalized the expressive mediums you have used. You seem to be doing that again this time by creating a kind of generative art craft.  How important to you is the personalization of the creative matrix?

Jesse Draxler: It is of ultimate importance. Personalization, the lens we each see the world as well as project our inner world outward, is at the pinnacle of creative intrigue as far as I’m concerned. Every parcel of my practice I personalize as much as possible, from inception and execution to presentation.

Crash is a deeply personal project, stretching back to my childhood being raised in a family of mechanics, surrounded by car parts and junked vehicles. “Draxler’s Service” still exists as an auto body in central Wisconsin where my father grew up.

In addition, my mother experienced two significant car crashes during my childhood, she was nearly paralyzed by the first, her life was ended by the second. I don’t bring that up to be morbid, but because I find more beauty in a crashed vehicle than a brand-new one. I am helplessly drawn to scenes of twisted metal.

These outputs have all of that encapsulated within them: beauty, mystery, intrigue, violence, and unpredictability.

Skygolpe: You are a pioneer of post-internet digital art where the outcome is often physically constructed to confront spectators through a screen. This collection is a further step toward merging technology and physicality. Do you perceive your art simultaneously existing in 2 separate dimensions, or do you feel native to an intermediate space?

Jesse Draxler: I feel native to an intermediate space but that space didn’t exist, I had to create it. In this way I consider my work singular in both its construction but also in it’s conception, thinking simultaneously physically and digitally at every step in my process.

In this instance, I cut each element by hand with an Xacto blade. As I was cutting I was thinking how I could sculpt each piece so that it would fit into a composition with another element seamlessly, in any orientation, even with randomized placement. It is a few steps further than my normal predictive process in order to anticipate the algorithm.