Between wakefulness and sleep: in conversation with rudxane 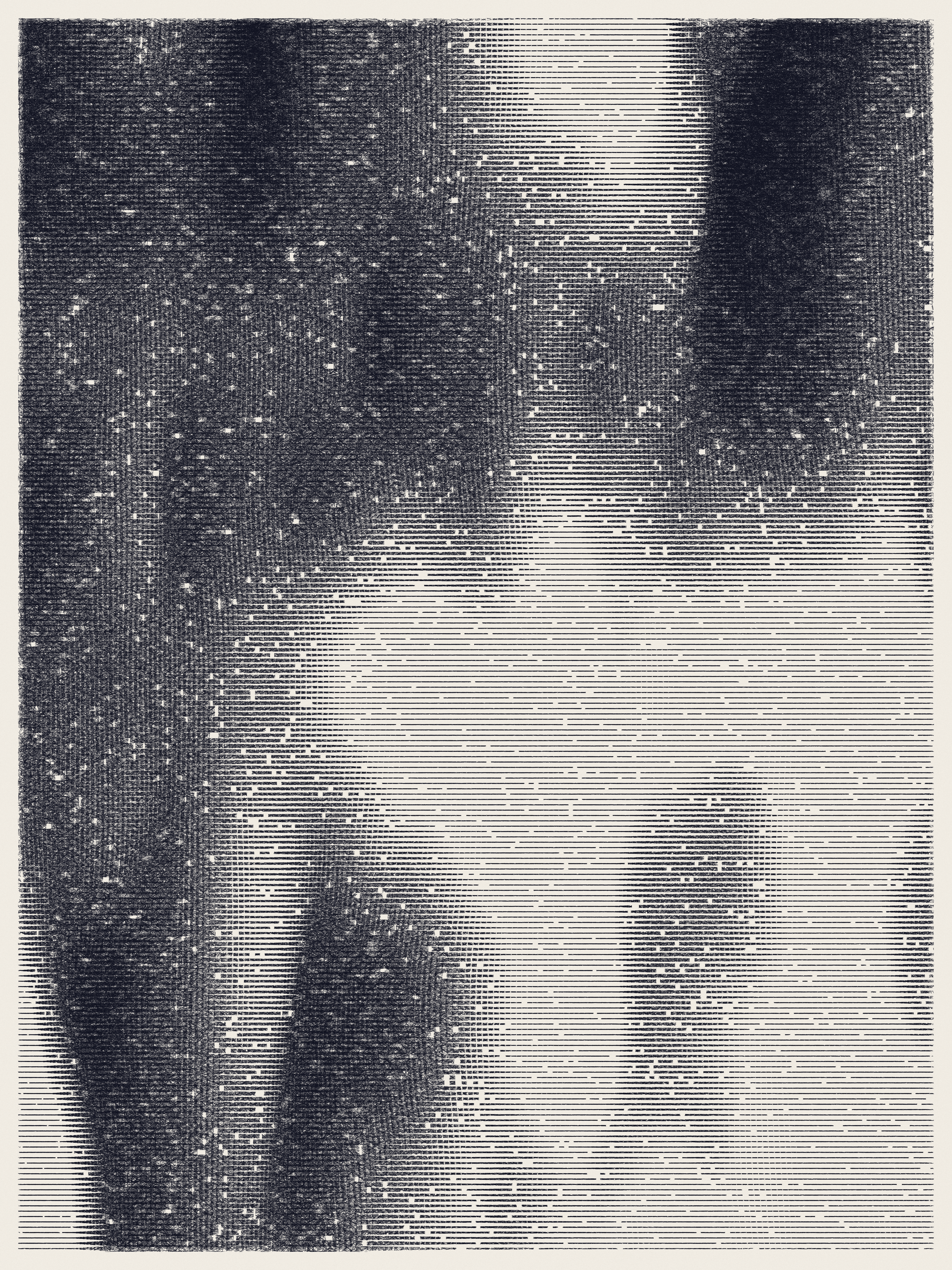 Mimi Nguyen: Tych was an attempt to "bring personality to a generative system." Can we make machines more human?

rudxane: I think it all depends on what do we see as “more human”. We’ve seen huge steps being made in terms of conversational dialogue and understanding of less generic input, but personally the output still feels like a summary to me; a generic person. The most interesting aspect about humanizing machines to me would be to introduce personality and have a machine react to, experience and develop its own emotions. Tych was an attempt to bring both aspects together; while a machine is really good at executing a lot of repetitive actions in a structured way, the same thing done by a human would introduce a lot of “mistakes” that we would call personality.

Mimi Nguyen: Similarly to Tych, Garabatos was another scribble work inspired by the traditional ceramics made in Valencia. Hypnagogic, as a continuation of your explorations into the organic scrawling, is inspired by asian asemic writing. Cy Twombly created asemic works in the 50s, and continued to experiment with this form of artwork throughout the rest of his career. According to Carrie Noland, Twombly's focus attention on the gestural "origins of inscription, on handwriting or, more to the point, on proto-writing. Their de-skilling operations are aimed at exposing the kinetic impulses that underlie the act of inscription, impulses that, when repeated compulsively, threaten to render the inscription itself illegible.”

rudxane: Scribbles, doodles and scrawling represents a beautiful combination of disorder and order to me. While the scribbles itself are not a direct representation of something, the underlying complexity of a scribble can show a lot about the process itself. Each scribble is a pure translation of emotion from the creator and a more pure representation of someone’s mind state to me. Playing around with these subtle nuances can make a huge difference to the final output of a piece and I think it’s a very interesting subject to play with.

Mimi Nguyen: The works for this exhibition are strictly curated by you. When should the artist pre-select the outputs and when shall we let them self-generate in a long-form?

rudxane: For this series I wanted to manually select the specific outputs from the algorithm that resonated with me on a personal level. While I could’ve made the algorithm long-form and have it pick outputs on a random basis, it felt right to make the selection process for this series intentional.

Mimi Nguyen: Can you tell us more about the process behind creating the series Hypnagogic?

rudxane: The series is inspired by Hypnagogia; the transition between wakefulness and sleep. In this state people can experience hallucinations and artists have been known to induce hypnagogia to stimulate their creativity. This state has always interested me, since in this state the brain gets ready to process the day. The series plays around this at different levels; up-close the piece is built out of a large grid of small doodles, each representing a small time frame within a day with its own emotions and events, while adding up to the larger picture. Some moments are denser, more chaotic, while other moments have been forgotten or have a minimal impact upon reflecting.

Mimi Nguyen: After a decade in the music industry, you had now become a full-time artist. How did this decision came about, how was 2022 to you and what’s next?

rudxane: After 10 years of supporting artists and musicians behind the scenes, so they could focus on the creative aspects, it’s finally time to focus on my own creative practice again. 2022 has been an amazing year for me personally, my own artistic output seems to have people interested and it’s super rewarding to see people resonate with the work that i’m making. I’m really excited about the upcoming year with some amazing ideas and plans that I’ll be spending all my time on!