A Trip To The Moon - interview with Zach Lieberman 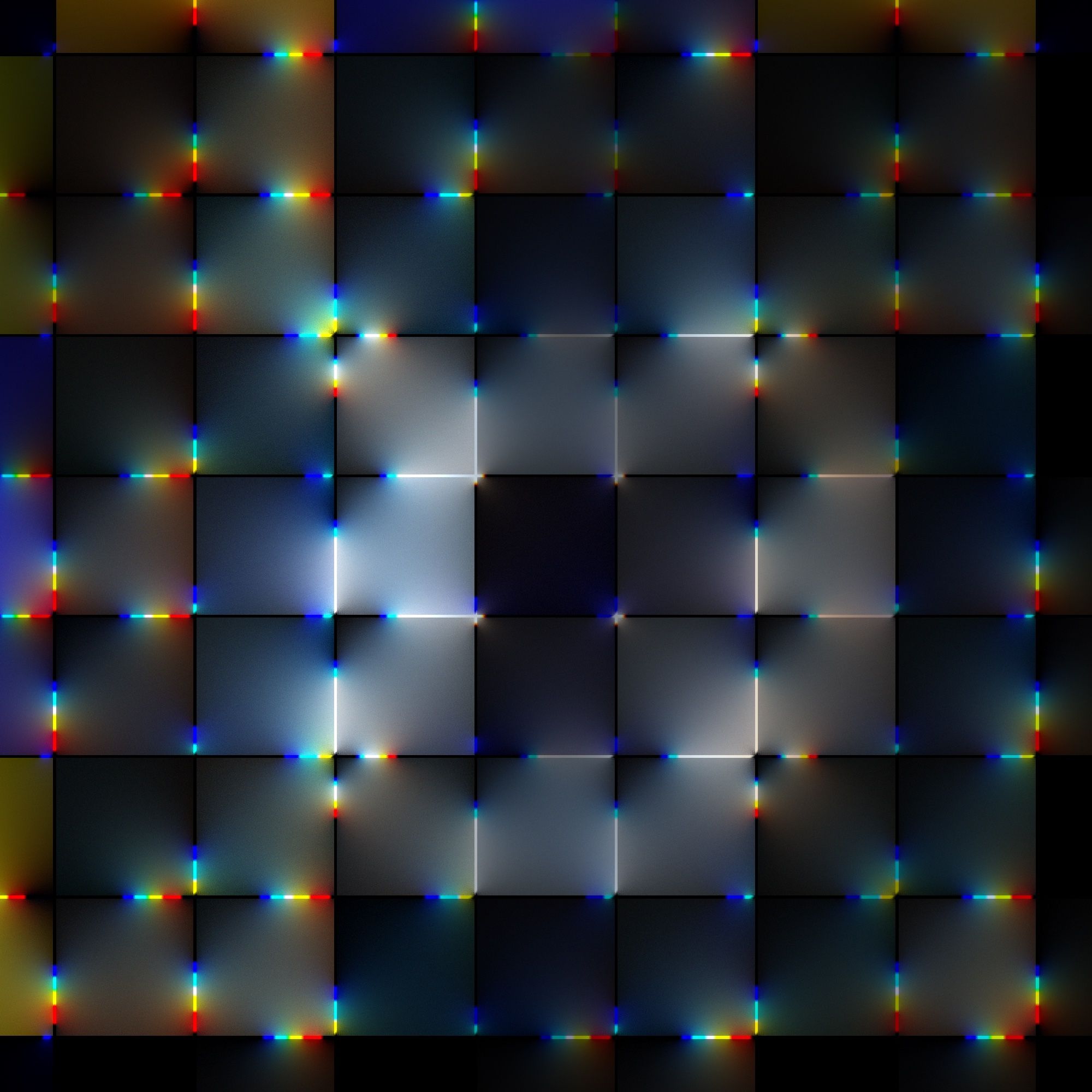 Mimi Nguyen: Some researchers see in your works references to Georges Mieles’ legacy. For his movie from 1902, Le Voyage dans la Lune (A trip to the moon) he used hand coloured films and stop-action animation, rejecting the traditional camera functionality to explore technology as a medium within artistic creations. You are an advocate and precursor of adventurous experimentations with some of the most advanced technologies and human senses. What’s driving this passion and what excites you about the future of art?

Zach Lieberman: I am a huge fan of early experimental cinema – pioneers like Mieles and John Stuart Blackton but also experimental animators like Mary Ellen Bute, Oskar Fischinger, and Len Lye. At the simplest level, I love animation, and I am fascinated with the idea that through animating we bring things to life. In studying these artists' work you can see them exploring the boundaries of what film, a young and nascent medium at that point, can be.

I feel like we’re at the same place with computational art – we are exploring how we can use computation for creative expression so thinking of these artists, and even imagining what they would make with computation, feels like a fruitful exercise. There’s always an urge, when working with new technology, to think about the future and try to extrapolate outward, but as an artist, I think there’s much more value to look towards the past. To try to have a conversation with the past and a dialogue with the work (like the work of these filmmakers) that came before.

Mimi Nguyen: You’ve been studying colours and lights for almost a decade. What was your inspiration?

Zach Lieberman: I admire artists that paint with light – James Turrell, Dan Flavin, etc. There is something so powerful about being in a work made with light art, and exploring how vision and space can be transformed.

I love to write shader code, which, at a simple level, means you are writing the code at the pixel level – saying, execute this code for this specific pixel to figure out its color. This makes it ideal for light simulation, where you can sort of set up virtual lights, and calculate how the pixel will be lit or what color it should be. I find it a form of painting by light and I like to explore what visual stories we can tell this way. Shader programming is often very free form and improvisational, where you keep changing and seeing what happens and I find I enjoy working in an iterative way with these algorithms.

In terms of color, I generally try to explore mathematical concepts in color – and avoid some of the common pitfalls of working with computational color, like cycling through hue. I want to find colors that feel like they come from nature or have an interesting conversation with each other.

Mimi Nguyen: Can you tell us more about 'light studies', the new series exhibited on verse?

Zach Lieberman: This summer I’ve been exploring an approach to simulating light that feels very much like neon. I’ve simulated light and glow in many ways, but this for me is an exciting and different way to do it. Whenever I discover a new technique, it makes simple things feel completely new again. For this series, I decided to focus on grids and look at how color, light, and grid can commingle in interesting ways.

Mimi Nguyen: You’re also an Associate Professor at MIT Media Lab, taught at Parsons School of Design, and helped create the School for Poetic Computation. How do you see the intersection between art and computing in education and open source learning? Can you also share a bit more about the ideas behind the lyrical creative coding?

Zach Lieberman: It feels crazy to say this, but I have been teaching for over 20 years! When I started, it was sort of heretical to push coding in design school – I remember arguing with my department about offering classes in C++, but I think increasingly it’s become a lot more accepted that creative coding and open source tools and toolkits are an important part of design and art education.

In teaching I think often my job is to work with folks with an arts background and help introduce computation concepts and computer science / coding into their vocabulary and vice versa, helping folks with a technical background explore how to make art and poetry. I feel like I am helping people cross bridges.

In terms of “poetic computation” I would say this term (which the school is named around) came out of a general frustration with the term “creative coding” to describe the practice. It felt like in tying poetry to computation we could flip things a little bit – maybe putting more emphasis on the poetry and less on the technology.

All colors come from the sun. And it does not have
Any particular color, for it contains them all.
And the whole Earth is like a poem
While the sun above represents the artist.
-
The Sun by Czeslaw Milosz
(1980 Nobel Prize in Literature)

Mimi Nguyen: What drew you to the NFT space? How do you see the future of art as digitalization progresses?

What’s interesting to me is the notion of permanence, and the transparency of the block chain. In terms of permanence, there’s something really intriguing about the notion that when you mint something, you are making it as part of a record. Obviously there are technical caveats to that – pinning, etc – but the desire to record something as an artist is really captivating. I find that often, when I go to mint, I have this moment of hesitation because I know that I am trying, in some way, to record the work.

The other thing that really surprised me was the transparency. The first time I sold a work and I could see the transaction on the chain, and I could see how royalties worked, I was really hooked.  In general, in the arts, there’s a lot of opaqueness, about budgets, fees, etc. With the NFT space, I found a landscape which is fairly transparent. You can see when pieces are sold and resold and experiment with the value.

Zachary Lieberman is an artist, researcher, and educator with a simple goal: he wants you surprised. In his work, he creates performances and installations that take human gesture as input and amplify them in different ways -- making drawings come to life, imagining what the voice might look like if we could see it, transforming people's silhouettes into music. He's been listed as one of Fast Company's Most Creative People and his projects have won the Golden Nica from Ars Electronica, Interactive Design of the Year from Design Museum London as well as listed in Time Magazine's Best Inventions of the Year. He creates artwork through writing software and is a co-creator of openFrameworks, an open source C++ toolkit for creative coding and helped co-found the School for Poetic Computation, a school examining the lyrical possibilities of code. He is a professor at MIT Media Lab, where he leads the Future Sketches group.