British artist Jamie Reid (b.1947) is an iconoclast, anarchist, punk, hippie, shit-stirring rebel and romantic. Infamously connected with the Sex Pistols and the DIY aesthetic of punk. Taking Liberties! features drawings, stickers, posters, banners and publications from Reid's seminal but rarely seen early 1970s Suburban Press period through to 1980s and 1990s campaigns against the Poll Tax, English Heritage, the Criminal Justice Bill and Clause 28 to recent work for Pussy Riot, Occupy London and Extinction Rebellion. Taking Liberties! addresses an important part of this influential artist’s work to date. At its heart, punk was both romantic and political, and Reid was the acknowledged driving force of rage against the monarchy, the state and the status quo. Reid grew up in suburban Croydon, under the parental influences of Druidry and social protest. As a boy, Jamie joined the Aldermaston march against nuclear weapons being stored on UK soil and was greatly impressed by an older brother who – having been involved with radical protest actions – would have been tried for treason had he been caught. Reid’s great uncle George Watson MacGregor Reid had been an early member of The Golden Dawn, a scholar of Eastern Mysticism who took on the mantle of Chief Druid in the early 1920’s. He was notoriously photographed being hauled away from Stonehenge by police after a Solstice protest.

By May 1968, Reid and his college pal Malcolm McLaren had become greatly impressed by events in Paris and by the actions and slogans of the Situationist Internationale. They tried to make it to the Left Bank in time for the rioting but found only the smouldering ruins and accompanying graffiti – ‘La barricade ferme la rue mais ouvre la voie.’, ‘Soyez réalistes, demandez l'impossible’ and best of all…’, ‘Vite! After a stint as a semi- professional footballer and gardener, Reid co-founded an independent, agit-prop press group called Suburban Press. Croydon was in the process of being carved up and ransacked by property developers and corrupt councillors, and through six issues and various collaborations with other radical groups, Reid honed his skills with scalpel, glue and Xerox machine to create punchy graphics that looked as good on bedroom walls as in the papers. Radical cyclists hammered Rolls Royces, goods were handed out free to kids in Selfridges, anarchy was building in the UK. Reid and McLaren knew exactly what they were doing with the Pistols. It was a smash and grab raid. It was intelligent, funny, violent and essentially Romantic. It couldn’t last.

Following the untimely death of punk, Reid decamped to Paris to escape the misery. Penniless, he convinced Polydor France to buy his songs, or rather the rapidly recalled lyrics to traditional Irish rebel ballads. Returning to Brixton in time for the riots of 1981, Reid started visual work again. This time on a mad, picaresque multimedia extravaganza called Leaving The 20th Century/How To Become Invisible, which after a single performance in Liverpool at the end of the decade, died a death. By this time, he was working with graphic designer Malcolm Garrett at Assorted Images in the bleak streets of Shoreditch. He’d been given a space to work and a brand-new tool, a colour photocopier.

Jamie began copying, collaging, tearing and pasting, finding work for a disparate group of musicians including Boy George and Transvision Vamp. The end of the 80s saw Reid acknowledged as an important contemporary artist, as an integral part of Iwona Blaswick and Elizabeth Sussman’s influential survey of the Situationist Internationale, which travelled from the Centre George Pompidou Paris to the ICA in London and in Boston, USA. By this time, Reid had picked up the brush again. He’d been a keen painter of large-scale abstractions in college, moving the energy around and making marks. He now began explorations into sacred geometry and colour magic on rough canvas. It was at this point that another resident of the rambling Victorian warehouse commissioned Reid to refurbish his burgeoning recording studio. Ten years later, Reid and accomplice Mike Nicholls finished. The Strongroom Studios remains Reid’s largest project to date, with the entire complex of recording studios alive with his colours and glyphs. Throughout the 90’s Reid was engaged with protest movements – No Clause 28, Greenpeace, for the Anti-Poll Tax Alliance, against the Criminal Justice Bill, against English Heritage… By now he had relocated to Liverpool on a permanent basis. Always a loner who likes to collaborate, Reid has always moved away from a spotlight and found Liverpool to be more comfortable and more alive than elsewhere. He immersed himself in the local arts scene, notably with the radical arts group Visual Stress, with whom he collaborated on street actions, rituals and parades, principally directed at erasing the city's awful legacy from the slave trade. A major survey of his work to date occurred in NYC in 1997, subsequently travelling to Japan, Ireland and Greece.

Through early years of the 21st Century, Reid continued to paint and draw, often creating huge banners for Druidic rituals. Often riffing on familiar tropes of his self-created visual language and now working in partnership with printer Steve Lowe, Reid began to mine the possibilities of getting his work out through editions, enjoying the fast and cheap method of getting his work on walls, rather than fighting an art establishment desperate for young flesh. 2009’s collaboration with Japanese fashion icon Rei Kawakubo for her company Comme des Garcons brought Jamie’s work back to the catwalk, 30 years after his graphic work had made Vivienne Westwood’s Seditionaries line notorious. From 2010, Reid has continued his involvement with important protest groups, like Occupy, Pussy Riot and Extinction Rebellion. The natural world also continues to be an ever present absorption, whether that be walking through Scotland and Wales, or sowing and harvesting on the allotment, it all fits hand in hand, one informs the other. Always moving forward, always quick with a contrary opinion, and forever the free thinker, Reid is now an integral part of a wonderful community enterprise in Toxteth, called the Florence Institute. Part art space, part community kitchen, part refugee resource and part refuge, the Florrie is a manifestation of Jamie’s dearest interests. Fashion continues to be fascinated by him. Most recently the Italian fashion company Valentino came to see him at The Florrie, taking away something unexpectedly kind and humane. It is in this human warmth and compassion where Jamie’s greatest strengths as an artist lie, and what he wants to do more than anything is to encourage others to fulfil their potential. And that’s Punk. 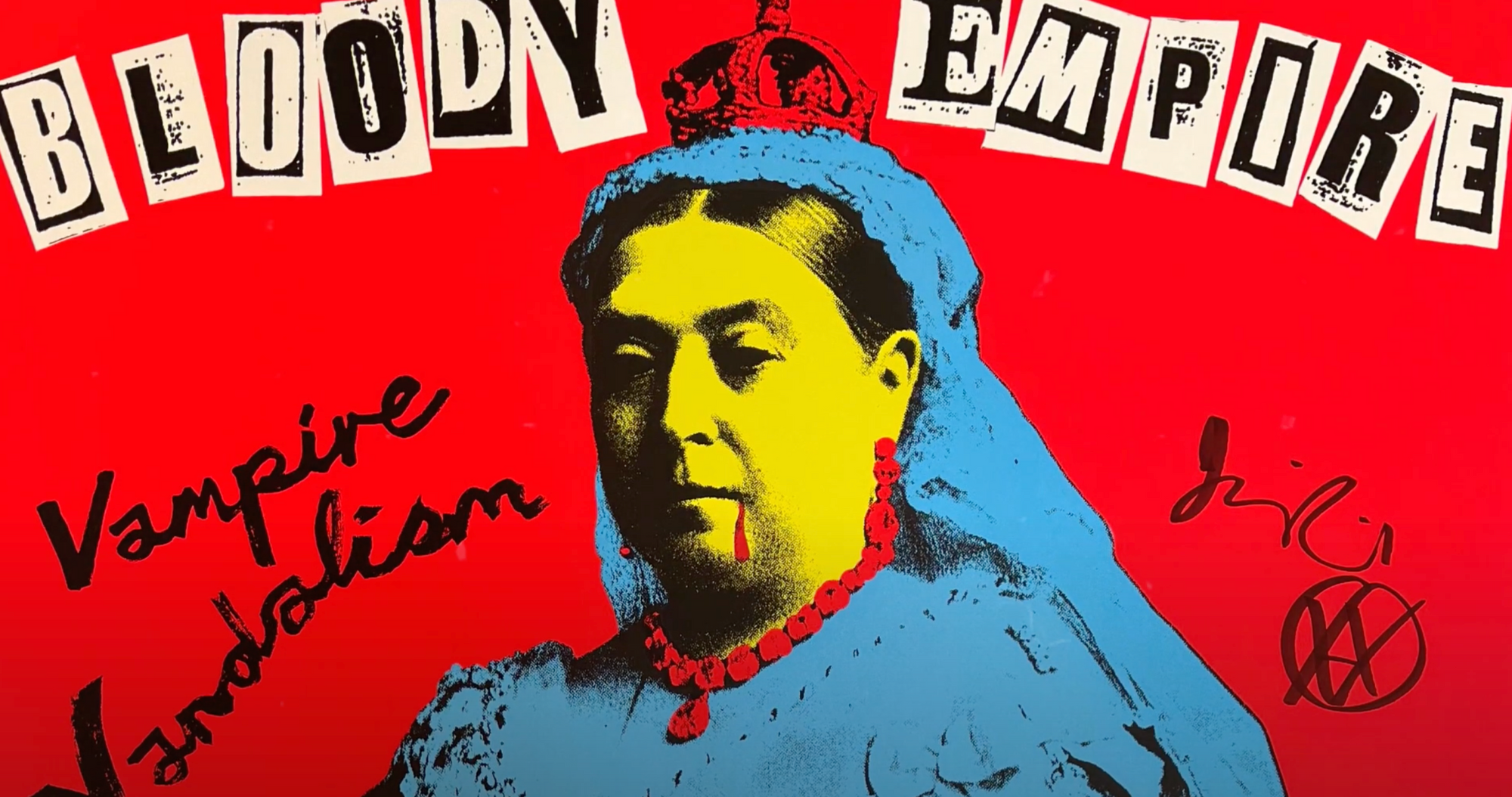